Originally from Denver but currently rockin your midday airwaves!!

I think laughter is good for the soul so i’m always laughing!! 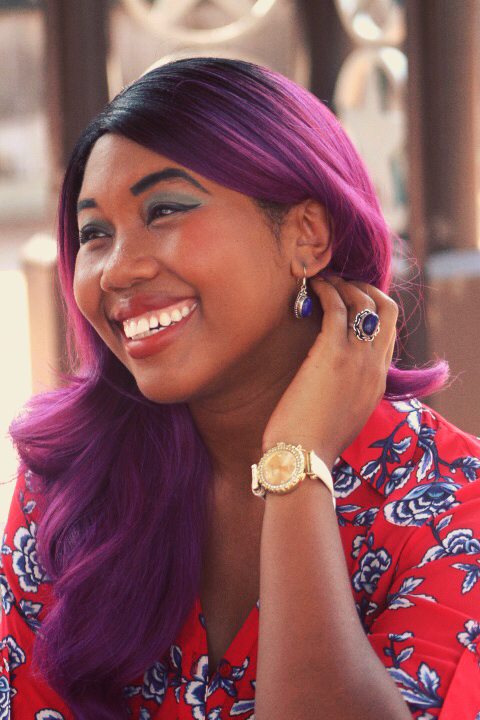 This Company Will Pay You to Eat Candy Full-Time

Share on Facebook Share on Twitter Thrillest – If you’re eating candy anyway, why not get paid? Canadian sweets company Candy Funhouse is looking for 10 candy taste-testers to join the team. Candy Funhouse needs the assistance as it prepares to launch its first-ever branded candy line. Taste-testers will be responsible for trying and reviewing candies from all […] ‘Bridgerton’ Renewed for Season 2 on Netflix

Share on Facebook Share on Twitter ET– Bridgerton, Shondaland’s first original Netflix series, has been renewed for season 2. Adapted from Julia Quinn’s best-selling novels about 1800s London society by longtime Shonda Rhimes collaborator Chris Van Dusen, the series will continue to tell the story about the titular and sprawling Bridgerton family as they navigate […] Share on Facebook Share on Twitter Yahoo – Lady Gaga, who wowed all of America with her fiery rendition of “The Star-Spangled Banner” at Super Bowl 50, easily bested that iconic 2016 performance at President Joe Biden and Vice President Kamala Harris’s inauguration ceremony Wednesday morning, delivering one of the most exuberant renditions of the national anthem […] ‘The Muppet Show’ Coming to Disney Plus in February

Share on Facebook Share on Twitter Variety – Good news for Muppet enthusiasts – all five seasons of “The Muppet Show” will be available to stream on Disney Plus on Feb. 19. Created by the legendary Jim Henson, the original “Muppet Show” was a variety half-hour featuring Kermit the Frog as the showrunner and host. The series […] Share on Facebook Share on Twitter People – Justin Timberlake finally opened up about being a father of two! The singer and actor, 39, confirmed he and wife Jessica Biel welcomed a second child, son Phineas during a virtual appearance on The Ellen DeGeneres Show, which airs on Monday. “He’s awesome and so cute. Nobody’s sleeping,” […] Oreo is releasing a Strawberry Frosted Donut flavor in March

Share on Facebook Share on Twitter Today – There’s no denying that the world could use a bit of brightness right now, and one classic cookie brand is bringing on all the sprinkles for spring. Oreo, which is no stranger to seasonal limited-edition flavors, will be launching Strawberry Frosted Donut flavored Oreo cookies in March, […] Post Malone Is Gifting 10,000 Pairs of His Sold-Out Crocs to Frontline Workers

Share on Facebook Share on Twitter Billboard – Post Malone and Crocs are partnering with Musicians on Call to donate 10,000 pairs of their sold-out Duet Max Clog II collab to frontline workers at 70 U.S. hospitals. Musicians on Call, a nonprofit that delivers the healing power of music to patients and caregivers at hospitals across the nation, will give […] Deadpool 3 Will Be an R-Rated MCU Movie, Says Kevin Feige

Share on Facebook Share on Twitter IGN – Marvel Studios president Kevin Feige has said that the next Deadpool movie will be R-rated, and be part of the MCU – with Ryan Reynolds working on a script right now. Speaking to Collider during a WandaVision press event, Feige went into a little more detail about the project: “It […] Elon Musk Pushes Past Jeff Bezos to Become the Richest Person in the World Worth $188.5 Billion

Share on Facebook Share on Twitter People– Elon Musk is officially the wealthiest person in the world. The Tesla and SpaceX CEO, 49, surpassed Jeff Bezos on the Bloomberg Billionaires Index Thursday, with a total net worth of $188.5 billion  — $1.5 billion more than the net worth of the Amazon founder and CEO. Bloomberg reported that Musk’s ascension into the […] H-E-B owners among richest families in US, according to Forbes

Share on Facebook Share on Twitter The Butt family, which owns the San Antonio-based grocery chain H-E-B, is among the wealthiest in the U.S., according to a ranking by Forbes. On Dec. 17, the business magazine listed the family at No. 15 out of 50 families in its 2020 ranking of the richest families in America. […]