Ciara has started a new challenge and managed to change the perception of her expression “Level up” completely.

More of my Friends @prattprattpratt, @IAMJHUD, @kelly_clarkson, and @MissyElliott share how they plan to #LevelUp! See more on @TraceMe_App! Share yours too! #LevelUp pic.twitter.com/GXxwNbRTi6

Back in January Ciara had a tweet that didn’t go over well with some of the online community. In the tweet she called for some woman to “Level Up” to which many felt was not Ciara’s place to do so and spoke out online. Now shes released the #LevelUpChallenge on Twitter which is being applauded.  She almost has managed to turn a negative slip up into something positive for both her career and the way the public perceives her . Crafty marketing schemes? This welcomed “movement’ is opposite of how many seemed to take the phrase back in January.

Ciara might say, that she has just now finally managed for  ” Level Up” to be seen as it was originally intended . Either way , she has been commercializing and branding the phrase! First she released a song titled ‘Level Up‘  now she has started a motivational challenge on Twitter . Celebs are already taking to it , like Chris Pratt, Missy Elliot , Jennifer Hudson , and Kelly Clarkson .  Start a little controversy , then harness it by turning it into a lifestyle -movement .. maybe that’s Ciara’s real.. 1,  2 Step!? 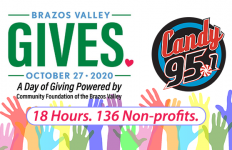 Give Where You Live!→