A startup wants to develop a 3D printed steak which can mimic the feel and taste of meat itself.

It’s an ambitious undertaking – but the startup, called Redefine Meat, believes that it may have been able to do it.

So far, fake meats or vegan substitutes often focus on sausages or other kinds of minced meat, so Redefine Meat saw an opportunity. 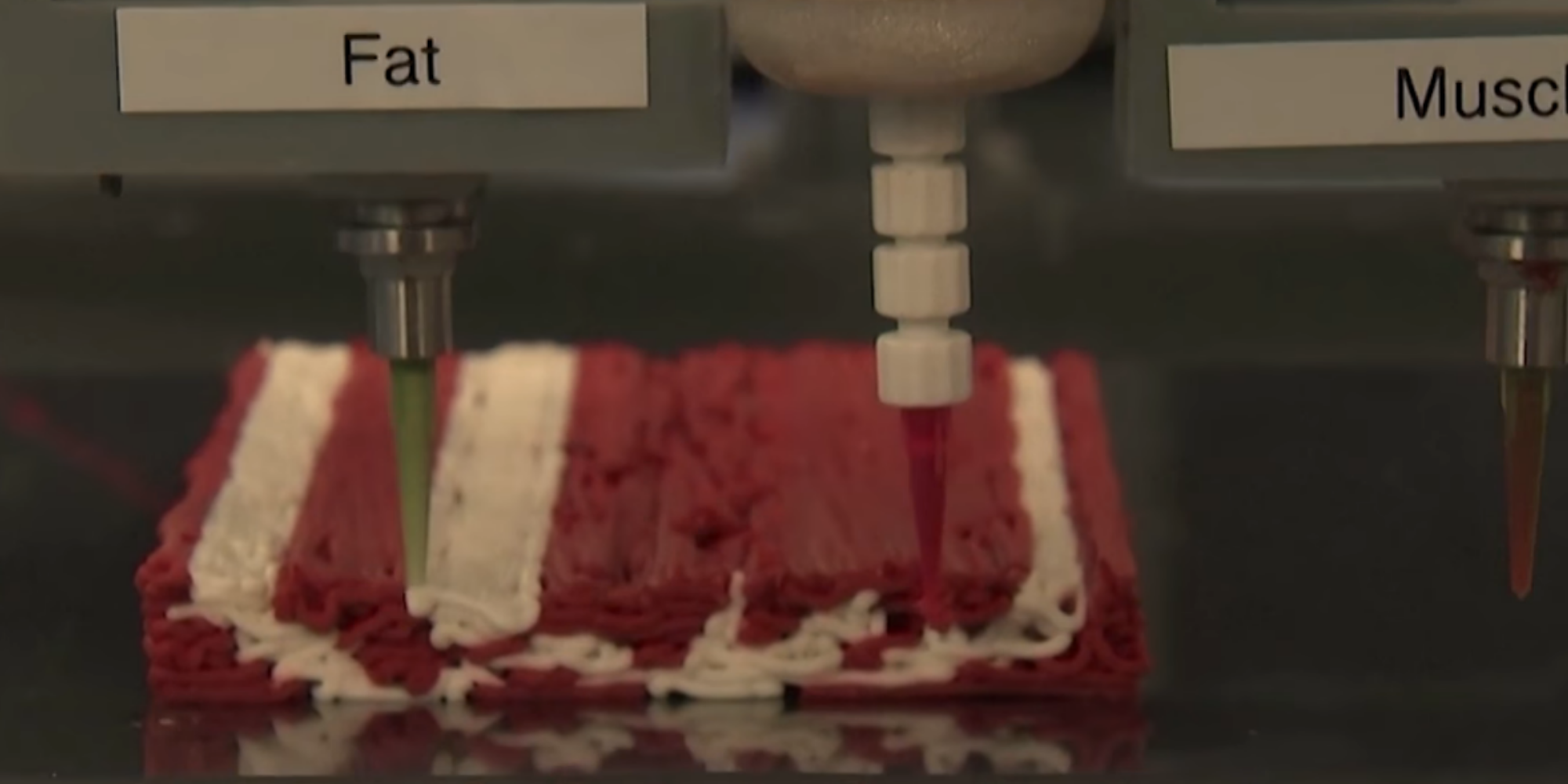 Actually the meat industry is driven by the whole-muscle cuts. Steaks, roast, slow cooking, grilling — everything that an animal can do we want to do the same or even better.

A video of the 3D printed steak was posted on their social media over the weekend, which shows a red ‘fake steak’ being sliced.

Their recipe involves soy and pea proteins, coconut fat and sunflower oil. The full list is secret, but the ingredients are all vegan and plant-based.

Ben-Shitrit indicated that he wanted to create industrial level 3D printers which would then be shipped around the world and start to become part of a global supply chain, as opposed to a niche.

He is hoping to roll out these machines around the world by 2021, and to start being stocked in restaurants in Italy and Germany by the end of the year.

Each steak will be about $5 to $12 per pound, which is comparable to the price of steaks which come from animals.

Ben-Shitrit also said that “the idea is to replace a cow.”

He added that fake meat is “”the best way to fight climate change, to deliver healthier solutions and food to the entire population of the planet.”

These 3D printing machines produce up to 13 pounds of meat an hour – as Business Insider points out, in comparison, American slaughterhouses ‘process’ over 100,000 cows a day, all of which yield far more than 13 pounds of meat of beef.

Tesco and other big supermarket chains are increasingly starting to roll out their own fake meat products, as well as stock the numerous brands which are proliferating.

Ben-Shitrit said: “At the end of the day, technology is important, but what’s more interesting is to have a really delicious and tasty food product that you can cut through and have a bite, and be excited.”

New Gadget Beeps if People Get Closer Than 6 Feet→